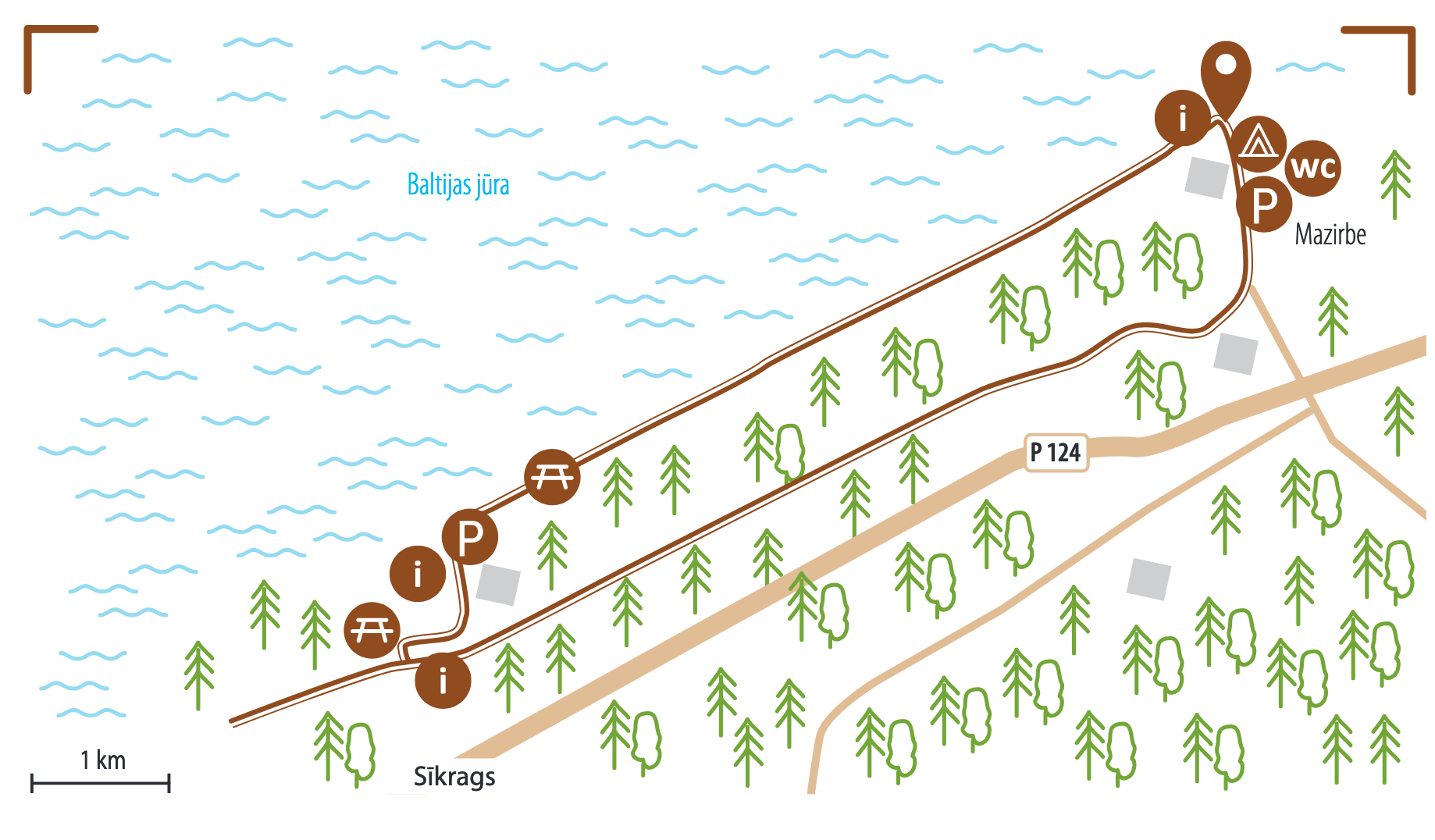 The trail starts with a route along the former narrow gauge (600 mm) railway or the so called Little-train track of North-Kurzeme which in the past connected Dundaga and coastal villages with Ventspils and Talsi and operated between 1916 and 1962.

Before that, one could reach the small coastal villages of North-Kurzeme only by foot or horse carriages. The construction of the narrow gauge railway significantly benefited the economic and cultural growth of the region. On the way, you will notice the former railway station site in Mazirbe, which is now marked with a memorial stone. Once you’ve reached the Jaunmuiža-Sīkrags road, turn right to the sea and return to Mazirbe having a pleasant walk along the quiet seaside. Those, who have got enough strength and vigour, may prolong the trail by hiking a small additional bit till the small Ķikāns bridge (direction of Jaunciems) and see the memorial stone to the former Sīkrags station built in 1892, as well as the central part of Sīkrags (on the way to the sea from the Jaunmuiža-Sīkrags road), which still preserves the features of the state-protected ancient fishing village.

Depending on the season, there might be lots of gadflies on the trail stretch Mazirbe River – Ķikāns, therefore proper clothing and insect repellents are suggested. 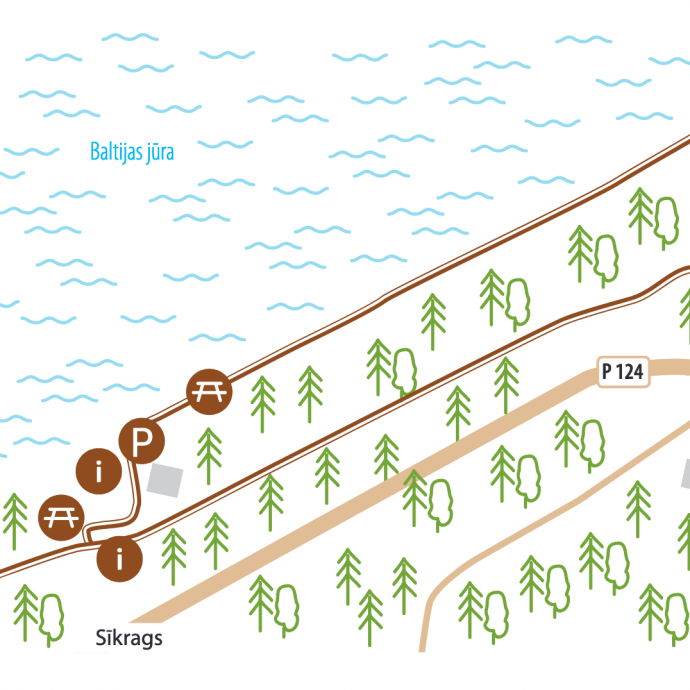